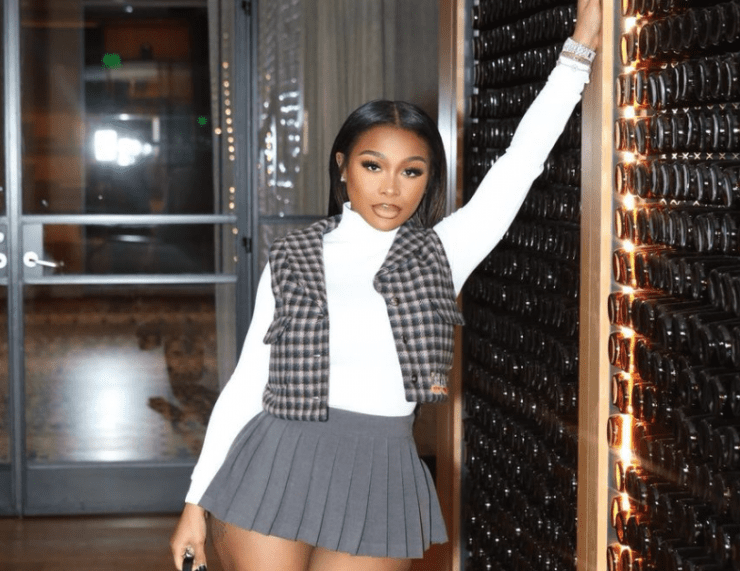 Jayda Wayda, aka Amour Jayda, aka Jayda Ayanna is a famous Instagram star. Besides being an Instagram influencer, she is also a successful entrepreneur with stores that sell wigs, clothing garments, accessories, and other hair related products.

Jayda became popular on social media rapidly, with special recognition for her book titled ’15 steps to become a young boss’.  She has an online store named ‘Amourayda’. On her YouTube channel, she posts tutorials, product reviews, her travel vlog, and beauty tricks.

Jayda Wayda was born on 25th September 1997 in Georgia. The birth name of the young millionaire is Jayada Chaeaves.  Many find it confusing when they hear ‘Jayda Wayda,’ uncertain if it’s the same person. Yes, they are. Jayda Wayda is her popular name, but some people still know her as ‘Amour Jayda’ or ‘Jayda Ayanna.’ Her mother’s name is Tricia Cheaves but not much is known about her father. She has a younger brother named Len and a younger sister named Ammerah.

Jayda graduated high school in 2015 and quickly entered her current career. Jayda was popular on social media in her hometown of Savannah, Georgia before she exploded on the national scene. But her entrepreneurial spirit started way before social media. Jayda recalls selling her grandmother’s baked treats at school. She took that sprit to Poshmark where she sold her barely worn clothes on the online marketplace. The way Jayda was able to sell her clothes so fast inspired her to start her own clothing line.

At the very young age of 16, Jayda already had her own brand. Her social media following also continued to grow.

Jayda Wayda’s fame exploded when it became public that she was dating rapper Lil Baby. Now she has a clothing brand and her own hair brand.

On 4th August 2018, Jayda started her YouTube channel and uploaded her first video, “Welcome to Jayda Cheaves YouTube Channel.” Her account quickly grew in subscribers and views, and she has continued to post helpful tips and just fun videos of her family and travel.

Jayda Wayda was a successful entrepreneur even before she graduated high school. Three years after her graduation, she wrote a book on her journey thus far, which she titled “The Young Boss Blueprint: 15 Important Steps to Become a Young Boss.”

She was inspired to write this book by her fans. Before writing the book, fans would message Jayda asking questions on what they could do to become millionaires like her.  When she could, she would give replies, but the questions kept on coming, so writing a book was an easy way to answer this question for everyone.

In “The Young Boss Blueprint”  Jayda shares her story of what becoming an entrepreneur at a young age was like. She explains the importance of enthusiasm, and the ability to complete tasks quickly helps you achieve far greater things in life. In the book, she gave several helpful pieces of advice on how to become a successful entrepreneur.

Who Is Jayda Wayda’s Dating?

Jayda’s most famous relationship is of course with rapper Lil Baby. The couple was been on and off for years and have a son together they named Loyal Armani. It’s unclear what the status of their relationship is currently as there have been rumors of Lil Baby dating rapper/singer Saweetie.

As the case is with most influencer’s, Jayda’s net worth is unclear. She told a publication that from 2016 to 2018, she made 2.5 million from her hair brand alone. That’s not including brand endorsements, her clothing line, YouTube, modeling, and all the other business ventures she has. So it might be safe to say Jayda’s net worth is somewhere between $2 to $5 million dollars if not more.

Jayda Wayda would like to have her own hair salon, store, spa all in one building. And she doesn’t just want to own stores in the US, but she wants to take over the world. She believes it will be a two-story building so you can get all the products and services you need in one stop.

To achieve this, Jayda has three rules she keeps on her mind all the time.