If you google the question, “Who is Kendrick Lamar’s girlfriend”, the name Whitney Alford will pop up.

Whitney Alford has been Kendrick’s fiancee for quite some time now. Whitney Alford is also a make-up artist and business woman. But she might be famously known to most people as being the fiancée of the Multi-Grammy Award-winner Kendrick Lamar.

Whitney was born on 12th of May 1986 and raised in one of the most troubled neighborhoods of Los Angeles County, Compton. Whitney attended Centennial High School in Compton where Kendrick also went. Another famous alumni of the school is non other than Dr. Dre, the same man who later became her fiancé’s mentor.

Although her fiancee is a much known public figure, Whitney keeps most of her personal life private. But we did a little digging and have brought you just few things to know about this beauty.

Things You Did Not Know About Whitney Alford

1. The couple has been together for over a decade

Whitney Alford met Kendrick Lamar when they were kids as they both attended the same school. At that time, they were just friends, and later their friendship grew into a romance. Both of them are rather private about their personal lives.

RELATED: These Black Women Have Penned Your Favorite Songs

2. Whitney Alford was there for Lamar even before the fame

Whitney Alford was always there as constant support for her boyfriend when he was a struggling artist before he grew to become one of the most influential musicians. In the picture above, you can see the couple when they were back in high school.

Even though they had been dating for years prior, Kendrick and Whitney made their first public appearance in 2014 at the 56th Grammy Awards.

3. She is not afraid to set Lamar inline

Whitney does not play around. During an interview by the New York Times Magazine in 2014, Kendrick Lamar named Alford as the person who can always call him out. “She’s been there since Day 1,” said Kendrick, regarding Whitney’s support and her ability to keep things real with him.

4. Alford and Kendrick together have collaborated on some music

Backup vocals of Kendrick Lamar’s hit single “King Kunta” from To Pimp a Butterfly album were all Whitney Alford. She was rocking a huge rock on her left finger in that music video. Later, Kendrick announced their engagement. “I’m loyal to the soil. At the end of the the day you want to always have real people around you period,” Kendrick told the hosts of the radio show in regards to what he looks for in a person. “Everybody that’s been around me has been down since day one and I can’t change that. I don’t change for nobody. I always show respect when respect is being given and people that’s been by your side, you supposed to honor that. That’s how you stand up.”

5. Kendrick’s song Love is about her 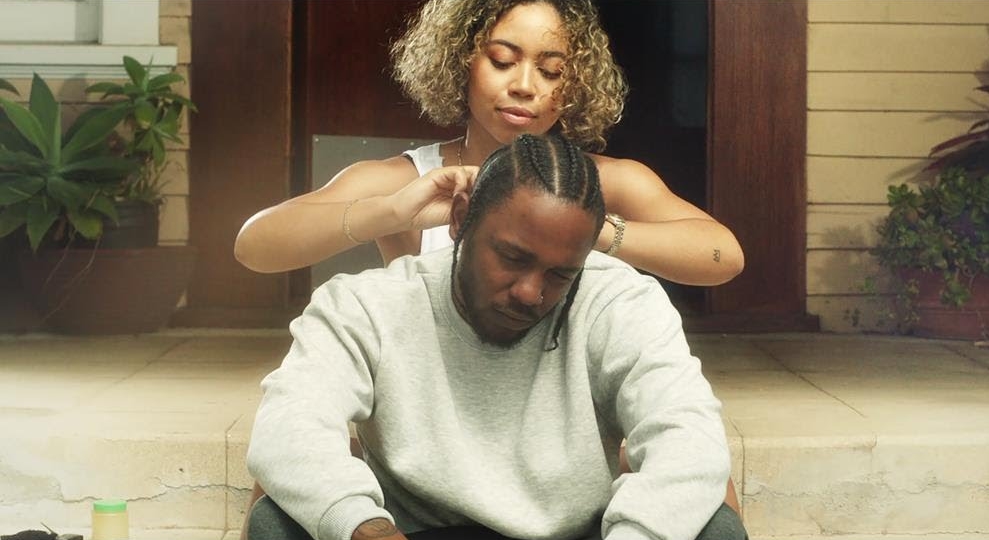 Kendrick professes his love for Whitney in the song referencing their engagement and their lifetime love for one another. It is safe to say that they are in for the long haul with lyrics like “You’re a homie for life” and “Don’t got you, I got nothing.”

In an interview with Billboard, Kendrick confessed why he loves Whitney: “That’s my best friend. I don’t even like the term that society has put in the world as far as being a companion–she’s somebody I can tell my fears to.”

6. She was once called out for not being “black enough”

After Kendrick announced their engagement, some fans were not happy. One self-proclaimed activist, Rashida Marie Strober attacked Whitney Alford accusing her of “not being black enough.” She also accused Lamar of not dating black women and swore never to listen to his music again. Now you know why celebrities prefer to keep their private lives private.

7. She has a baby girl, with Kendrick

Fans were surprised when they learned who the newest mother in town was on Friday, July 26th, 2019. Fans are still eagerly waiting to know the name of the couple’s first child.

8. She was trained in Accounting, but chose the beauty industry instead

Whitney graduated from California State University, Long Beach with a B.S. in Accounting, according to her website. But her passion was rooted in the beauty industry, as she began styling hair just at the age of 12. Thus, few years after graduating college, she decided to pursue a career as a Freelance Makeup Artist and Skincare Specialist in the entertainment industry. Whitney Alford has been working hard on her business since she doesn’t want to live under Lamar’s shadow forever. Even though she could take advantage of Lamar’s fame and connections to grow her business, she works hard to create her own identity away from her fiancée.

I'm a full-time writer, founder of The Bold Owl & an art enthusiast.