The Trans-Atlantic slave trade was without a doubt one of the most consequential acts in not just American history but in all of human history. Although exact numbers might never be known, the slave trade forcibly moved over  12 million Africans into the Americas between the 17th and 19th centuries

The Fon, also known as Fon nu, are the largest Ethnic group in Benin, especially the south region. They are also found in southwest Nigeria and Togo. Their total population is currently estimated to be about 3.5 million and they speak the Fon language.

The history of the Fon people is linked to the Dahomey kingdom, a well recognized kingdom by the 17th century. This tribe is historically known for allowing females to serve in their military. The female fighters in Black Panthers are actually inspired by Fon female warriors. During the Atlantic slave trade, a large portion of the sugar plantations in the French West Indies, particularity Haiti and Trinidad, were populated with slaves that came partially from lands occupied by the Fon people.

Descendants of those who embarked in slave ships from what is modern day Benin can now be found in large numbers in Haiti, Saint Lucia, Trinidad and other Caribbean islands with French influence.

The Kongo people lived in the Kingdom of Kongo back in the 15th century, which was one of the biggest kingdoms in Africa. The kingdom was also heavily involved in slave trade with the Portuguese.

The Kongo people initially traded ivory and copper with Portuguese traders in the 15th century. Overtime, the Portuguese started demanding slaves instead of luxury goods. The Portuguese started by first purchasing laborers but soon after turned to kidnapping people from the Kongo society. The King of Kongo at the time wrote letters to the king of Portugal protesting this practice. Eventually, the two kings agreed on export of slaves for a fee per slave. This started the slave export history of the Kongo people. 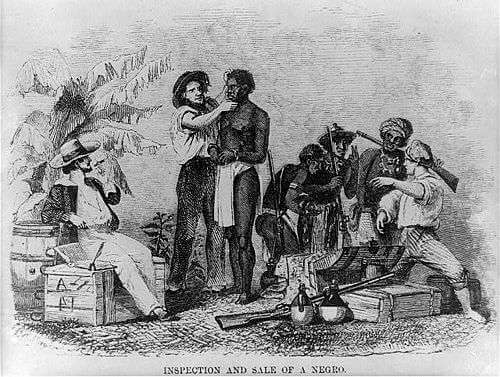 Initially this slave trade transported 2 to 3,000 slaves a year around the 1520s. However, that was far below the demands of slave owners. The Portuguese started offering luxury goods in exchange for captured slaves to other traders bordering the Kongo Kingdom. By the 1560s, well over 7000 slaves were being transported per year out of the Kingdom of Kongo.

The people of Kongo did not take this lying down. They launched attacks against the Portuguese with the help of neighboring ethnic groups.  In turn, the Portuguese brought in their army to help the Kingdom of Kongo suppress these uprisings by the people.

After the 1570s, other European traders started arriving in large numbers, increasing the slave trade of the Kongo people dramatically.

The Igbo people are found in large numbers in modern day Nigeria, where they make up 20% of the population. They are also found in other West African countries like Cameroon, Gabon, Ghana and Equatorial Guinea. The total number for the Igbo people is estimated to be about 50 million, making them one of the largest ethnic groups in Africa.

The Igbo people, traditionally living in territory called the Bight of Biafra, became one of the principal ethnic groups to be enslaved during the Trans-Atlantic slave trade. An estimated 15% of all slaves were taken from the Bight of Biafra between 1650 and 1900. People were captured and sold into slavery in various ways, some including during village raids while others were already incarcerated criminals with crimes ranging from petty theft to the killing of sacred animals.

The Igbo were taken to Barbados, Haiti, Jamaica, and the United States in large numbers. From the mid 1600s to 1830, the US brought large number of slaves to the states of Virginia and Maryland for tobacco plantations. It has been hypothesized that about 60% of all African Americans have at least one ancestor who originated from the Igbo kingdoms.

The Yoruba were a dominant cultural force in what is today Southern Nigeria going back as far as the 11th century, in a region regarded as Yorubaland. They were heavily engaged in the Palm Oil trade before and even along with the Trans-Atlantic slave trade. From the 1400s on, the Oyo Empire, a powerful Yoruba empire, dominated present-day eastern Benin and western Nigeria. This empire acted as the middleman for the trans-Atlantic slave trade. Oyo merchants traded with Europeans while the Oyo Empire’s captives and criminals were sold to Dutch and Portuguese buyers.

Enslaved Yoruba were distributed widely, with the largest groups found in Brazil, Cuba, and Trinidad. The Yoruba have left a huge mark in the culture of the Americas.

The Mbundu people, also known as the Ambundu, are a Bantu people living in Angola’s north west. They are the second biggest ethnic groups in Angola, making up 25% of the population. Their numbers are estimated to be around 8.5 million. According to the Atlas of the Trans-Atlantic slave trade, the Mbundu people of Angola were among the most enslaved Africans. The Portuguese empire conquered the Mbundu people and incorporated the local economy into the slave trade. In 1612, Angola exported slaves at the rate of 10,000 a year.

During at least the 18th and 19th centuries, Angola was the main source of slaves in the Atlantic slave trade. The Portuguese colony of Brazil was the main recipient of slaves from Angola. Brazilian culture is highly influenced by Mbundu culture, including the popular martial arts Capoeira, which combines elements of dance, acrobatics and music.